With the gentle wind of Collignon 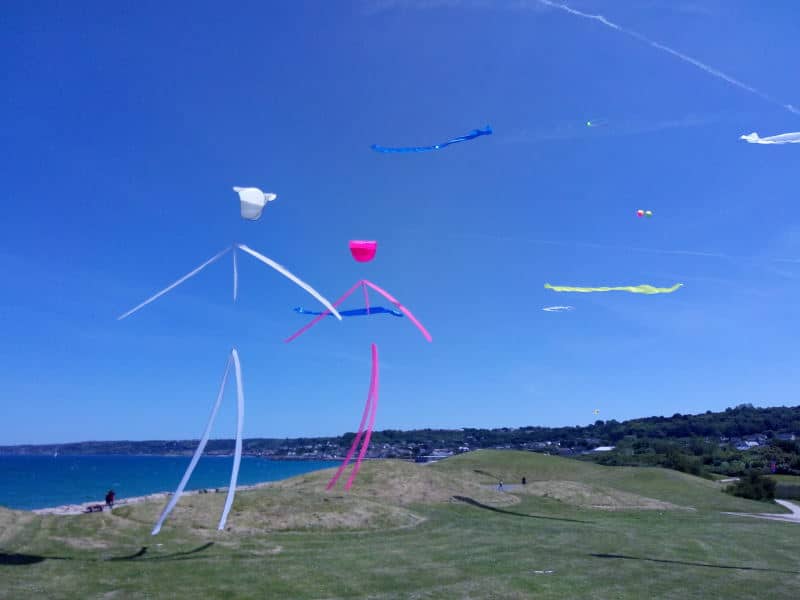 The wind was with us for this new day of entertainment in Collignon.
The kite-making workshop was once again a huge success. All the activities: musical instruments, sports, nautical, giant games, inflatable structures and adventure course were also at the rendezvous. At noon, a giant picnic with music was organized, in the evening the concert followed by the Saint-Jean fire and finally a fireworks display.

Somewhat capricious in the morning, the wind picked up in the early afternoon allowing the flight of 2 Danseurs du Vent. A little Bouquet de Coquelicots delighted photographers and amazed children.
The Austrian designer Steffi Rauchwarter presented a new installation by a superb family of Wind Foxes.
The Sentinels of creator Normand Ramlal Tien had an ideal wind and brought all the magic of a sublimated sky.
The Cherbourg kite association Ventissimo was also present taking advantage of the favorable and sustained wind of the afternoon. Their very stable kites flew high in the sky of Collignon.

This website uses cookies to guarantee the best possible experience. By continuing your visit to this site, you accept the use of cookies. Read our privacy-policy